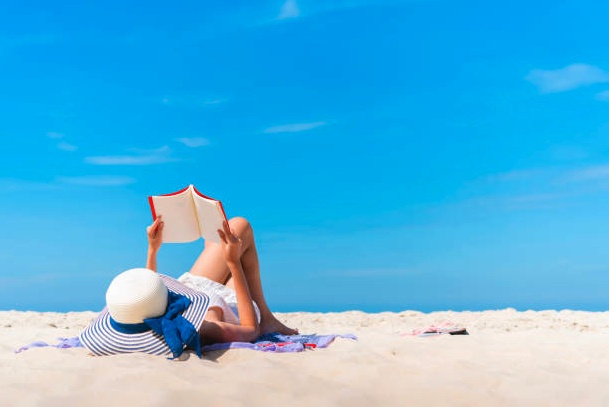 The tale of the “I’ll never get a house" shoppers

Many properties in Sarasota County could be called “one of a kind” for a vast variety of reasons. Recently we had a listing that fit that description and the buying public showed up to see it. Listed late on Friday night, we had over 30 groups of shoppers at our 11 to 2 Saturday open house and almost as many on Sunday.

Here begins the tale of the “I’ll never get a house - shoppers”. ( The names have been changed to protect the writer from lawsuits )

Bob and Mary have been looking for a Gulf Coast home for three years with Robin Realtor. Robin had previously written three offers for Bob and Mary that did not go to closing for different reasons. When Bob and Mary showed up at our recent open house, they were the third shoppers to see this beautiful property. It appeared to be love at first sight. The inter-coastal waterway out front, the legacy bike trail, resurfaced pool, new roof and completely updated interior made this beach house a winner in their eyes. They couldn’t wait to get their REALTOR to see it and write an offer. Robin rushed over from the other side of town to meet with them at their soon-to-be home. They confirmed that this was it and went back to Robin’s office to write up the offer.

With a few hours, a well written cash offer at only $4,000 below asking price was presented. The sellers were planning to sign it later that evening. Then it happened… Bob and Mary choked. They started to second guess their decision and called Robin to have their offer rescinded before it had a chance to be signed by the sellers.

Steve did not even have a chance to tell the sellers the news, when...

Thirty minutes later, at 9:52 pm, Steve received an email from Joanie in Washington State. Never expecting a REALTOR to be working that late, Joanie was pleasantly surprised to get a response. Little did she know that Steve is often up past midnight taking care of the computer work that he’s too busy to take care of during the day. Joanie shared with Steve that she had been trying to find a Florida home for months and was always too late to the party. She did not want to lose this home and was hoping that Steve could make it so.

Over the next two hours, Steve explained the buying process, prepared the documents for eSigning and reached out to three local lenders to get Joanie pre-approved on Sunday. One of the three lenders responded to Steve at 11:58pm to assure him that she would be available on Sunday morning to get Joanie her pre-approval letter if she qualified.

Making sure that not a minute was lost, and being 3 hours behind in time-zones,  Joanie set her alarm for 6am Sunday morning to begin communications with the lender. By mid-day we had all of the necessary documentation to confirm that Joanie was fully equipt to purchase her new home in Florida.

At Steve’s suggestion, Joanie and Steve initiated a video chat session following the Sunday open house. This gave Joanie a chance to view the home, the property and the neighborhood in more detail prior to submitting her offer. She loved it. She wanted it. She did not want someone else to take it from her. Therefore she made the most logical decision she could make by offering full price. Anything less would be too risky, as another buyer could present an offer an hour or two later and kill her chances for getting her offer accepted.

Oops… This story is supposed to be about Bob and Mary. What happened to them? ...you may be asking yourself.

Well… After Joanie successfully secured this property with a full price contract to purchase, Bob and Mary began to regret their decision to rescind their offer. Steve received a call from Robin on Monday requesting that he keep their offer and call Robin if the current deal falls apart.

However, Steve doesn’t play that way. If you want to be next in line for one of Steve’s pending listings, you will need to sign an official backup offer that is agreed upon by all parties involved. Otherwise it goes back on the market to give all buyers an equal opportunity to fight over it.

In this particular case, the sellers were only willing to sign a backup offer that was equal in price and terms to their current offer. Wouldn’t you know it, Bob and Mary are passing on the chance to lock in first dibs on their dream home over $4,000.00. It’s probably the principle of it to them. Some people simply refuse to pay the asking price for a house no matter how much it is worth.

So there continues the tale of the “I’ll never get a house" shoppers”.