PODCAST: When the value is less than you thought 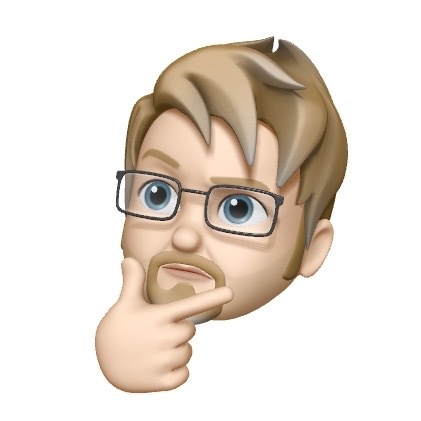 Auto transcribed for the hearing impaired

And now your host of today's program, Steve Martin Smith.

Before we get started, I'd like to give a shout out to some of those listening to us from around the globe. So far, we've been downloaded in 428 cities across 35 countries and territories. Now, I consider that quite amazing for this little podcaster in Sarasota, Florida, who doesn't advertise, but somehow people are finding us. You know, I just spent the weekend with a couple from Iowa, who was searching for real estate podcasts in Sarasota, Florida, came across our podcast, listened to the one that I did with our daughter, Nicole, about the different areas of Sarasota County, she found that extremely helpful, and decided that I was going to be her realtor when she came down here. So we are now looking to put them into a house somewhere in the area, possibly in Wellen Park when they were originally thinking they want to downtown Sarasota. But downtown Sarasota is all they had heard of. It's all they really knew. And now that they have listen to the podcast, they got more information, they spent some time with me down here. And they have decided that for them, Wellen Park may be the better fit. So I am just grateful that people are finding the value in what we're offering here. And we look forward to doing this for a long time to come.

So this should be a relatively short story, I received a phone call yesterday morning from a woman who was searching online for a good REMAX agent in the area. And she came across our Google business page and read the reviews and said, Hey, that's why I want to call so I was able to stop by there for a conversation with her later on in the day. And it turns out that she purchased a condo in 2019. And she purchased that for $261,000. The price of those condos now are selling for roughly $525,000. But she thinks hers is so much better than everybody else's that she should be able to get $700,000 for it. And that is honestly completely unrealistic. So what are my options as a REALTOR at that point, I'd like to have the listing, right. And if I listed for $700,000, I could at least have the signed listing agreement. And then when she realizes we can't sell it for that, we can start doing the price reductions. I know that that is a way that many listings have been obtained by Realtors throughout the years. I also know that even if I never sell that property, I have a potential of picking up new buyers who call me because of that property. So there's a lot of motivation there on the part of a realtor to take an overpriced listing. And when that happens, really the only person that suffers is the seller. So we could look at it from the standpoint of well, you know, that's their own fault for being greedy. But I just can't get away from my ethical responsibility to be honest with people. So at that point, I had three choices. The first one was to just cut my losses, say thanks. but no thanks. The second choice was to spend some time trying to explain the market in more detail and get her to hopefully realize that if she wanted to sell the property, this is the way she would need to do it. Or the third choice, of course, is just take the overpriced listing. I opted for the second choice. So I had my tablet with me open it up. I showed her the comps tried to explain to her, you know, this is how the process works. And even though you think yours should be worth $700,000, it just isn't. The fact of the matter is that just last year, even at the end of the year, these condos were selling for $350,000 - $370,000. It's like it completely skipped over the $400,000 mark. And people started listing them at five and a quarter. There's one still sitting on the market that originally was listed at $565,000. It's been on the market for two months now. They did a reduction to $535,000. I mean, they're just not worth $700,000.

However, there is still a possibility, especially in this market, that if we listed at a reasonable price, even a little on the high end, but still reasonable that it will get enough attention to possibly create a bit of a bidding war and you could end up at some unknown amount over asking price. I mean, I've seen a lot of $20,000 $30,000 over asking price offers I've seen somebody actually one of my customers just wrote a an offer for $100,000 over asking price. Now granted, that was in the million plus market, I haven't really seen that in the 500,000 market, but who knows what people are going to do, you know, you'll get the most for your house if you draw a good amount of attention to it. And that's what I was trying to explain to this seller. And I just don't think that it was enough to get her to realize that, that's the best way to go. Nothing I can do other than tell the truth and hope that they get it. So the moral of the story, I guess is that not every real estate agent is going to be willing to list your house at whatever random price you may happen to say it's worth. There are things called comps and facts and reality. And if you are not living in that place, don't be surprised if a realtor says I'm sorry, that's just to unrealistic I can't spend my time on a listing when there's such an unrealistic expectation of what the results are going to be. If you find this information helpful, and you are enjoying the real estate agent man podcast, don't forget to leave a review on your favorite podcast app. You can also email me at Steve@SteveMartinHomesGroup.com if you have questions that you'd like to hear just directly for me in a private email, or if it's something you think would be a good topic for me to discuss in an upcoming podcast. I would love to receive that information and always remember that you can find us at SteveMartinHomes.com For Your Slice of Florida