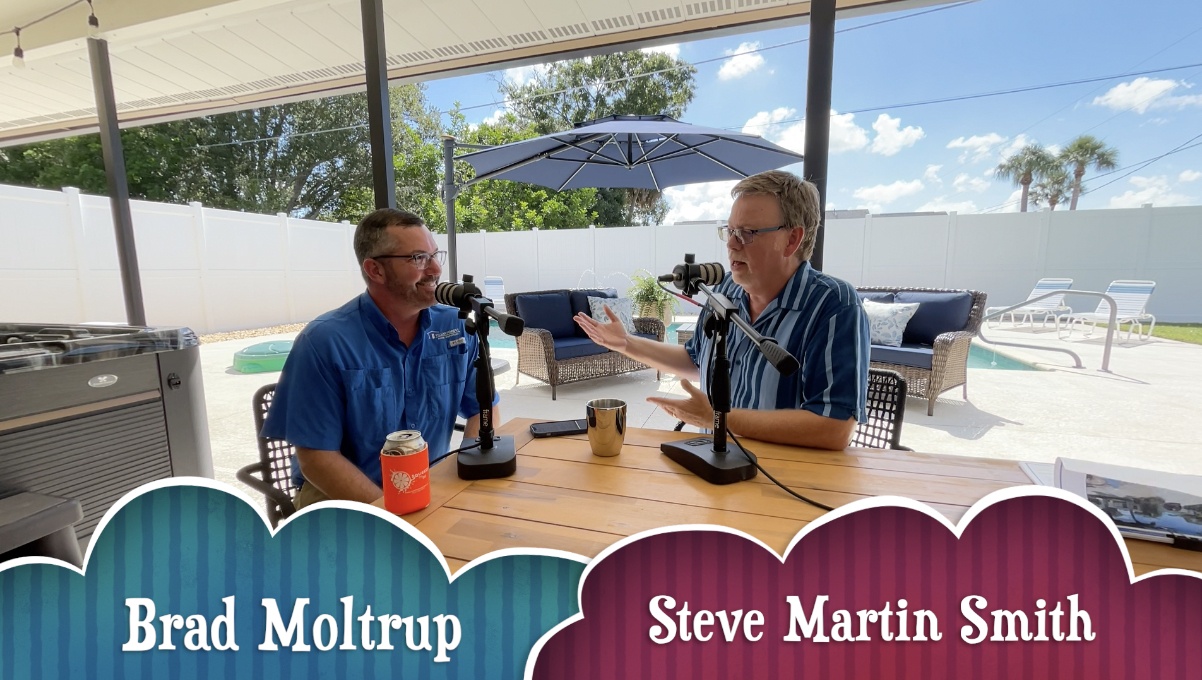 Secrets of Florida Real Estate That Should Not Be Secrets

Season 2 Episode 10 ( Transcribed for the hearing impaired: Transcription below by artificial intelligence software - errors are inevitable)

There were a few things on the first report that were legitimate. This window isn't sealed properly, etc., that already went into effect. The sellers even put in a new microwave because one of the buttons on the microwave didn't work. The sellers were fine fixing whatever was like working condition issue.

They were willing to work with them.

Right, but don't tell me that you're not buying this house unless there's a new roof on it when the roof is less than 10 years old, without a single leak or history of leaks.

I approach every inspection as though I'm trying to provide confidence to the buyer, so that they know exactly what they're getting into. From my perspective, as if I was inspecting for my brother or a family member, these are the things I want you to know about, these are the things that are an issue or a concern that need to be addressed right now. There's obviously a wide swath of territory that's covered by that,  but no matter what, even if it's something that is of higher importance than GFCIs, I always try to communicate that in a non-alarming way, so that it's not instant red flags, end of the road or end of the world, hit the brakes. We  don't ever want to do that. I don't think any inspector does. Buying a house is one of the most important decisions people make at any one time in life. It's a huge investment, a big chunk of change. My goal is to make people confident in moving forward with their decision, with the inspection.

You're generous, saying that you don't think that any inspector does. I'm not convinced. I have this report, and I'm covering up the name. I have this very thick report from a house that I just recently listed, that went through inspections. I did not represent the buyer, and the agent was from out of town. The buyer's agent asked me for inspector recommendations. I gave them two recommendations, including you, and they did not call you or my other recommendation. They called someone who apparently, they felt comfortable with, but that person was not available. The person they sent to inspect this house had been licensed for two months, and was in their early twenties. Previous career was a bartender. As far as I can tell, not a lot of life experience to help them, not a lot of licensed experienced to help them. They botched this inspection. They called out the 1974 telephone wiring box on the side of the house as being so critical that a licensed electrician needed to come out, check it out and fix it and hook it up properly.

There were multiple issues with this inspection. The big issue was that the roof was less than 10 years old, and the inspector called it out as being at the end of its life. The results of this report scared the buyer so much that she cancelled the contract, which put her in breach of contract. She had a $10,000 deposit on this house that she is not going to get back. The sellers are quite upset by this whole process. They're not upset with me, but they're upset with the fact that this inspector came in, created this panic list with no foundation to it, and the buyer bought into it and was so freaked out that this house is in such bad shape. I had a backup offer on it. We've already got it under contract, they did their inspections, everything's fine. There were a few things on the first report that were legitimate. This window isn't sealed properly, etc., that already went into effect. They even put in a new microwave because one of the buttons on the microwave didn't work. The sellers were fine fixing whatever was a working condition issue. They were willing to work with it, but don't tell me that you're not buying this house unless there's a new roof on it when the roof is less than 10 years old, without a single leak or history of leaks. I'm hoping that this part of the conversation will also help the listener to slow down and evaluate the logic in the inspection report, and to be open to conversations about how maybe that really isn't a working condition issue. It's pretty bad when somebody is so freaked out that they go into breach of contract and lose 10 grand, and they loved the house before the inspection report. That is not my buyer, not my problem, but still my heart goes out to that person. We had a backup offer and the house was under contract the minute that other one was cancelled, but that poor person who just went through all of that. Starting out as a fledgling inspector, I think until you have been through that situation once or twice, and realize what it feels like when a deal or a transaction gets put on hold, or gets cancelled, you don't fully appreciate how careful you need to be with some of your terminology. Hold some of your opinions back, it's not my house that someone's moving into, it doesn't necessarily need to be my standards, which are quite high. As an inspector, it's important for me to draw that line somewhere in a realistic fashion so that I'm not causing undue stress, trauma, and canceling a deal. You've be careful, we need to be cognizant that a person's perception is always their reality. If I word something in a more pointed manner, and that causes them to rethink their decision making process, it's kind of critical and important for me to keep that in mind, and for all inspectors to keep that in mind.

I know that you didn't get into this business to scare people away from buying houses. Nobody's house is perfect. I sell a lot of new construction. I've been on a lot of final walkthroughs for new builds. One of them was with one of the major builders in the world. The triple slider was actually cockeyed, and they fixed it with moldings. It's tricky.

It was a cockeyed door.

Triple slider needs to be removed and reinstalled with new pieces and parts.

Many times I hear people say they don't want to buy an older home because they want something brand new because it'll be in better condition. That's not always the case.

The first house we ever bought was a was about 18 months old, and it'd had two owners already. This was in another state. I thought the same thing, it's going to be perfect. What I didn't realize is a house doesn't really get the full shakedown until a family lives there a year to two years. Then they discover what maybe wasn't quite as right as it should have been, or what needs to be modified to be optimal and functioning right, so honestly, brand new houses, as an inspector, can be more complicated because all kinds of things could be hidden in the woodwork, if you will.  I don't mean any offense towards contractors and builders, but they're running a business, and when things don't go as they want, or don't go as planned, sometimes they have to make things work. Part of our job even, with a new construction build, is trying to figure out what didn't go quite as planned.