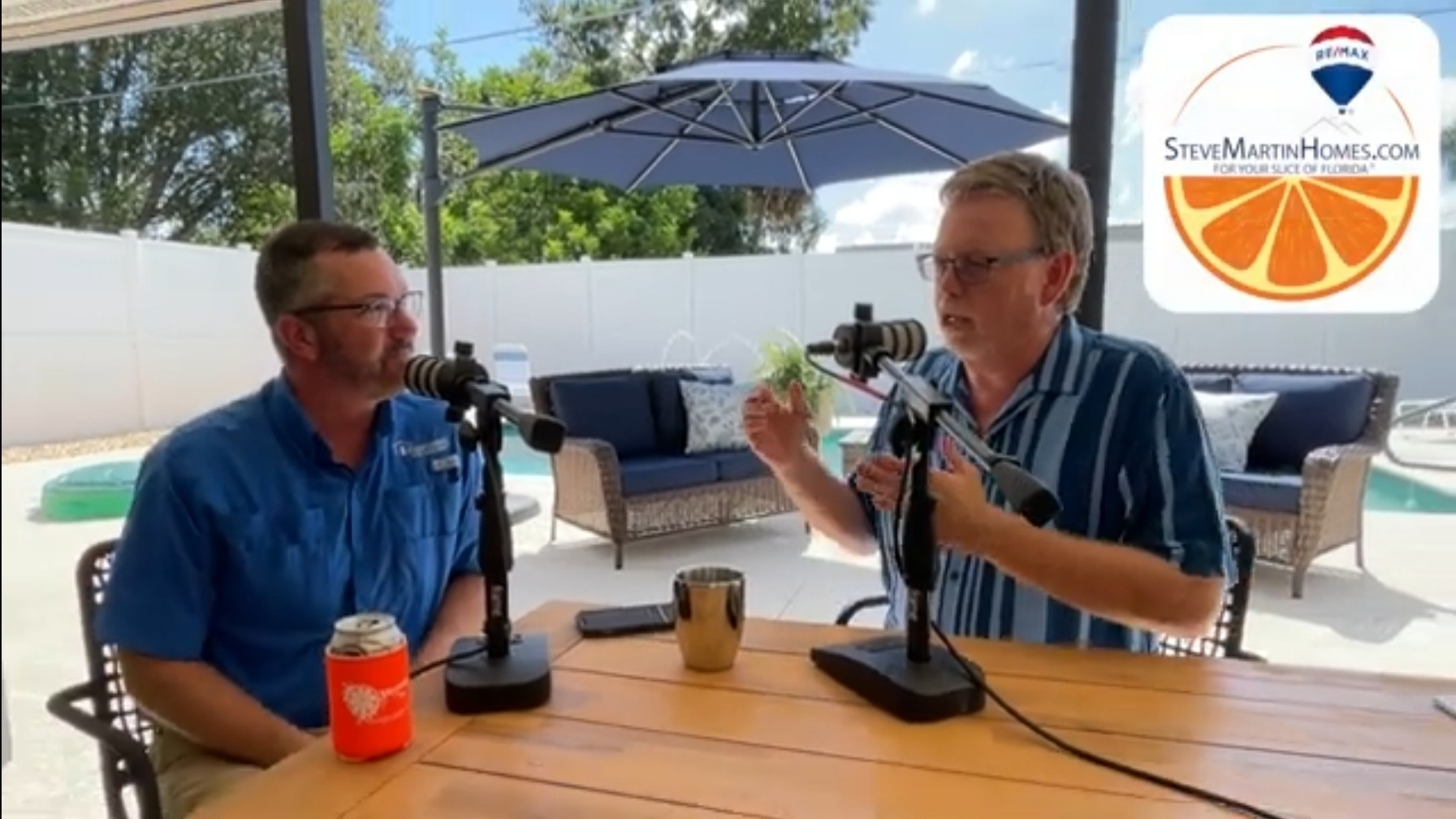 Secrets of Florida Real Estate That Should Not Be Secrets

Season 2 Episode 8 ( Transcribed for the hearing impaired: Transcription below by artificial intelligence software - errors are inevitable)

Here I am with Brad from pillar to post, the seller is paying you to inspect their house and tell you about the house they're about to buy. Once they're done watching this, they'll have a much greater sense of this is what this means. This is what I'm looking for this day. Yes, welcome to the real estate agent man podcast. And here we go. So truth about building codes. Let me kind of set that up for you, though. Sure. I've had quite a few customers from states that actually require the seller to bring their home up to code in order to sell it. Okay, I think my first experience with this years ago was somebody I think, in New Jersey, who was looking at homes in South Venice, which pretty much all have septic tanks. Okay. And he was insistent that there if there was a problem with the septic tank, that the seller would have to replace that tank in order to sell it prior to Okay, yeah, prior to selling it. And, and that's just not the truth. And we got a little flying thing around here somewhere, hopefully, it won't make this unnecessarily exciting. And, and so, you know, there's, there's that aspect of it. And then, you know, just the idea that we have a lot of older houses in this area. And, you know, when when is it that codes actually play a role in the inspection?

That's a good question. And really kind of a complicated question or can be complicated. So if we're talking about an older home, that's been, you know, worked on or renovated recently, it kind of depends on the extent of renovations, and how much energy had been put into obtaining securing permits, and whether those permits were secured by the homeowner, as as someone working on their own property or by a contractor. So codes really come more into play when there's a substantial renovation interior or exterior in the house, and they pull permits, every bit of work that they do is supposed to be code compliant. With that said, as inspectors, it's virtually impossible for us to stay up on the speed of codes changing in different counties, sometimes they're based on townships. And then which codes you know, occasionally codes get less strict or less stringent over time. One instance I can think of is garage doors that entered the inhabitant door into the garage from the from the garage and between the house needed to have a self closing mechanism, besides being a fire rated door, and that's something that was actually, you know, unbound, I guess, is the best way to say it by code that it no longer needs to be a spring loaded hinge and a self closing door. It's okay for the door to close, like any other door in the house. Okay, so there are instances based on you know, what happened recently in the area and whether or not codes are getting stricter or less stringent. But in general, to answer your question, they become important or more prevalent once things are permitted. If, if, as an inspector and we enter the house, and we're not sure what work has been done recently, it's hard for us to tell if it's supposed to be compliant with codes from 1975, when the house may have been built, or if there was a renovation 15 years ago, that would be difficult for us to know if it was done, you know, sometime in the 1990s. What codes were instituted at that point, and what parts of the house are supposed to be compliant with that timeframe versus when it was first constructed?

So if you go into a house that was built in, say 1974, okay, and you can tell this is original, right? Okay, the Brady's just moved out. Okay, so there's nothing different. And, and you're doing the inspection on that, and you get into the kitchen, and you see that there's no GFCI outlets or things like that. Okay, how do you draft that on the report?

That's a good question. And a really a good instance. So in terms of safety, and this is, you know, just maybe me personally, or most inspectors, but I recommend GFCIs are upgraded, regardless of the timeframe The house was built when they're in bathrooms, or in kitchens within three to six feet of water. So that's kind of a, I don't want to call it a gray area, but that's an area where I feel strongly compelled to recommend that regardless of when the house was built, whether it was 1960 1950. I think that's something that's important enough, and honestly in the grand scheme of things is inexpensive relative to purchasing a house, you know, GFCIs are 30 $35 each. And if if you have an electrician, install them, and you install it at the First Circuit in that line, then you only need one to protect several outlets. So not to get too too deep in the weeds on that but that's something we're in the inspection report I would recommend they upgrade those for personal safety.

Right, so recommendations are part of the inspection report, you're not just calling out the things that you see that are like, Hey, that's not working right? Your AC isn't cooling the house below 80. Right. Okay. I mean, you definitely you would want that and especially report if that was true. And those are the types of things that in our contracts, you know, there's an obligation on the sellers part to make repairs for whatever the negotiated dollar amount was on that. But, but updating things, your recommendations, that doesn't fall under a seller's responsibility, but you're putting that in there? Because, correct, hey, this is kind of a big deal. This is bad, right? Hey, this is something that I would recommend, for whatever reason, safety or aesthetics, or whatever the reason might be correct. And so that's, that's definitely one of the things that I wanted to come out of this conversation is to have a licensed Florida inspector and me be able to have this conversation because when people, you know, when they're hiring an inspector, they, they don't really know what their expectation should be. Right? And so once they're done watching this, they'll have a much greater sense of, you know, okay, this is when I get my report, this is what this means. This is what I'm looking for. Right? My inspector cares about me. So they're going to tell me things that I could or maybe should consider improving, once I own the house, but it's not a requirement of the current owner. Correct. They lived in the house maybe for 50 years with it like that. And then you ask them to fix this. Like, I just live in a house for 50 years like that, and you're telling me it's been broken the whole time? Yeah, sorry. Don't buy it. That right there. If we just stopped this podcast right now, right would be an incredible benefit to the listener.