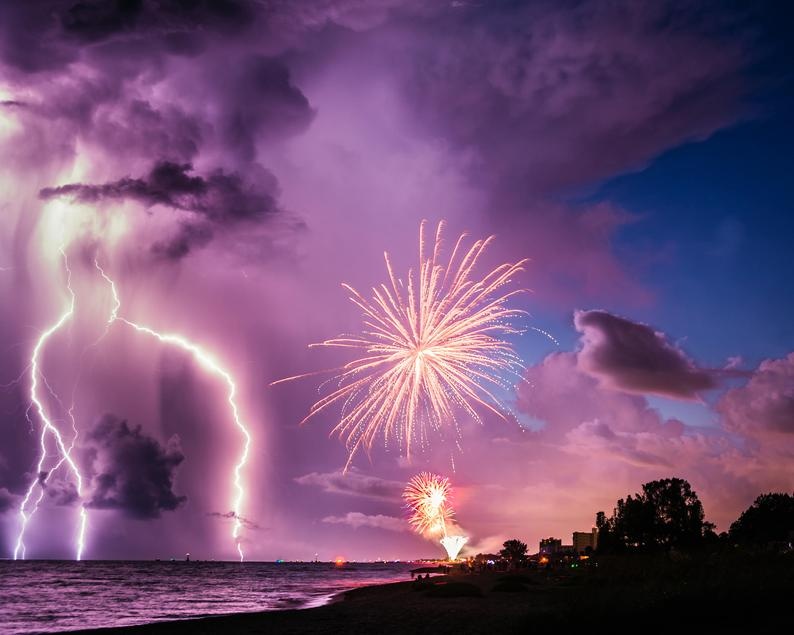 Watch the video below of Venice East residents flying old glory on their slice of Florida.

Venice East Florida is a classic Sarasota County community of 922 homes. Many patriots enjoy the benefits of this non-deed restricted neighborhood. No HOA means we can fly our flags however we choose.

History buffs may enjoy reading the letter below from a longtime Venice East resident.

(As I remember it, but don't ask me what I had for lunch yesterday.)

Before 1958, Venice East was not even a wide place in the road - it was a tomato farm owned by die Atlantic and Pacific Corporation. Some of the original wells used for sprinkling are still in operation on the lots facing the boulevard.

In 1960, the U.S. Land Corporation gave birth to Venice East. What is now the Golf Pro Shop was the field office and used while streets were made, lots plotted and the brick office building built. The brick wall was erected and there was a long narrow lighted pool between the wall and highway, several, wooden benches and eight huge Royal palms completed the entrance.

There was a promise of a community park with a playground, a swimming pool and tennis courts planned for the area near the utility buildings and well field beyond Dorchester Drive .

Salesmen lived in a few of the new homes, but Mr. and Mrs. Ralph Gould was the first family to move into the allotment.

By the end of the year and during 1962 thirty new homes were built and Venice East was on its way to becoming a friendly neighborhood.

In December of 1962, the temperature dropped to the low twenties for three nights - it was a deep freeze that killed all the lovely new landscaping - every tree and bush in the area, including the Royal Palms at the entrance.

The neighbors formed a community group with Reide Onley acting as president. In 1964 James Smith was elected by the thirty-seven active membership which wrote the constitution and incorporated the association now known as the VENICE EAST COMMUNITY, INC.

During those early years the association had use of the office building at the entrance. Residents met there for poker and bridge games along with our regular meeting. Every other month was "fun time", bingos was the game - for quarters and white elephants - alternate months were for educational programs and serious speakers, but always there were delicious cookies and coffee.

We were given a new lighted shuffle-board court too, where leagues played each afternoon and evening until the mosquitoes took over.

December was Christmas Party time, with a gift exchange and a Santa Claus; September meant a picnic at the beach and May was time for a covered dish supper on the parking area. In the beginning Jim Smith cooked the hamburgers for everyone on his portable grill, but as the crowd grew the ground beef had to me made into "sloppy-joes" for easier serving.

The biggest problem facing the association in those days concerned the entrance. Route 41 was a narrow two land road with Venice East marked on the highway as only a side road. The lights at the entrance were turned off at ten o'clock and if you returned home later and missed the driveway in the dark, it was necessary to drive as far as Bumpsted Corners to find a place to turn around.

At the same time, Venice East Boulevard was a graded road the entire distance north to Center Road , complete with alligators, big rattlesnakes and a few wild hogs roaming the boondocks. Venice East had it's own "dump" for grass cuttings, etc., but soon garbage arrived, presumably brought in by the Center Road access. So the back road was closed, fenced off and made into a cattle range.

The next several years were quiet - the U.S. Land Corporation had financial trouble; the U.S.A. had trouble with Cuba, only ninety miles away and Kennedy was elected and assassinated, but houses went up and more and more residents arrived. The community Association grew and elected a new president each year.

In 1965, Raymond Watson was elected followed by Ed Tracy and 1966 Mr. Tracy died, then Elmer Hedeen finished his term and presided during 1967 too.

John Starkweather took over in 1968. That was the year the organization worked like beavers making things to sell at a bazaar for money to landscape the median on the boulevard.

Those trees, shrubbery and grass didn't just grow there - it took a lot of work and $1400.00 to make it look good!

In the meantime we had the "International Homes" campaign - Chinese, Italian, and Spanish model houses appeared on Golf Club Lane - with billboards advertising Venice East all over the State.

Gulf Stream Development Corp. now owned the area. The office building was used by the Company as the meetings and card parties of the association moved to the South Venice Fire Department's new recreation building and our shuffle-board and bingo equipment got lost in the shuffle.

This was a period of confusion, adjustment and lots of dust. Miles of streets were made east of Alsace Avenue and the drainage ditch there. What had been a wild open no man's land on the side of a ditch was now a great place to get lost on your bike and perfect for beginners to practice driving. Houses sprouted up like mushrooms and the population of Venice East exploded.

The pool at the entrance was filled in because school children waiting for the school bus kept throwing stones and breaking the lights. Three new model homes were built at the entrance, replacing three old ones that had been moved away earlier.

In 1974, Edgar Young became president. Ed was responsible for having "Stop" sings put up at the Boulevard - and who was arrested the first day for not stopping ?? Ed Young!

Robert Wilman was president in 1975 when the area was declared a bird sanctuary, then J. Osborne presided in 1976.

In 1977 Clarence Keyser developed our successful block captain system of communication and there was an unsuccessful attempt to have street lights installed in the area.

Otto Harringer took office in 1978, followed by Steve Rejko in 1979, then Fred Shkinder in 1980, 1981, and 1982. Thanks to these men the Association has greatly increased in membership - a membership that really gets involved for the good of the area. We have committees fighting for our welfare in the County and best of all we have a great Citizen's Patrol looking out for our safety.